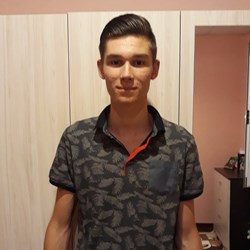 A software company is looking for its next star programmer, so they organize an interview in several rounds. In the first part, the candidates have to solve a few Problems, ordered in a stack, one after another, reading them from the console.

The number of Candidates may not be the same as the number of Problems prepared. The Candidates are solving the problems in a queue one by one, but only if their name is valid. A valid Candidate name consists of First and Last name in proper casing (e.g. Ivan Ivanov - is valid name; invalid names - ivan IVanov, Ivan ivanov...).

If a Problem is solved, it is removed from the stack with problems, and the Candidate who solved it goes to the end of the queue. You should write on the console: "{candidate} solved {problem}."

If a Problem is unsolved, it goes to the bottom of the stack and the candidate fails the interview, so he leaves in tears. You should write on the console: "{candidate} failed {problem}."

If there is only one candidate left, the program ends and you should write on the console: "{candidate} gets the job!"

In case there are no more tasks to solve you should print on the console the names of the candidates, separate by comma.

The input data should be read from the console.

Print on the console each message in the above specified format. 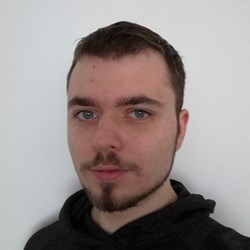